Having played around a bit with Intel’s mobile CPU Pentium M (Dothan) in a laptop, I have been impressed with the ease at overclocking this CPU – switch the FSB from 400 to 533 and you most likely will get a very stable overclock for the 1.6 to 1.8 GHz CPUs.

The Dothan has a lot going for it; due to Intel’s built-in “Enhanced Intel SpeedStep ® Technology¹”, this CPU is designed to run at a variety of multipliers and voltages to facilitate laptop power conserving and reduced heat schemes.

In addition, there are built in multiple power settings:

Note the similarity between the highest rated CPU and the 1.6 GHz CPU:

Also note that power ratings are the same for the whole series:

Many laptop users are reporting stable systems at reduced voltages when running at spec speeds. Further, the Dothan is rated to operate at 100ºC. For overclocking veterans, anything more than 10ºC over ambient was anathema.

This suggests that there is LOTS of overhead in Dothans:

Up to now, what’s been missing from this picture is the flexibility to exercise these features, since laptops typically are not overclocking friendly. One that is somewhat amenable to overclocking is the ASUS Z71A – a dipswitch that sets FSBs can turn 400 MHz CPUs into 533 MHz parts; one way to do this with laptops lacking any means to set FSBs is detailed HERE.

Even so, laptops simply are not built to push the envelope too far; fortunately for us, Aopen introduced a desktop motherboard for the Pentium M series: 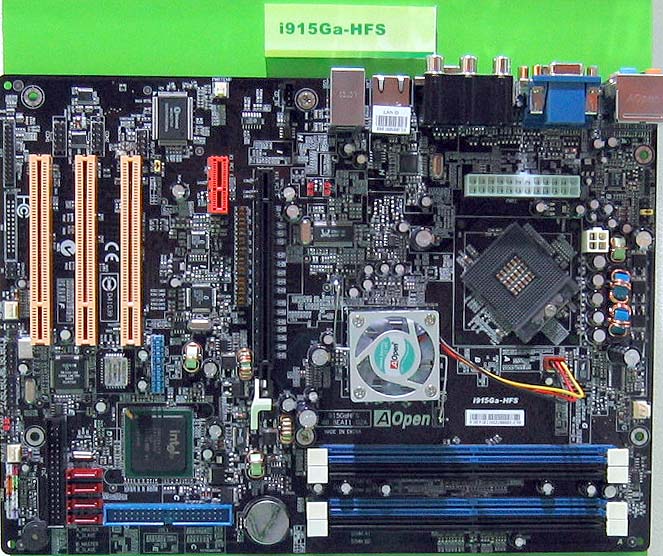 I have been told that this motherboard has all the necessary bells and whistles to overclock the Pentium M in the manner it deserves; even if this motherboard lacks some features, I’m sure this is the first of others to come. Assuming these motherboards will give you FSB options beyond 133 MHz, what will be fun is increasing FSBs beyond 133 MHz and downshifting the CPU to see how far you can overclock it.

Couple this with some agressive cooling and things could get interesting. I should also mention that I have seen Dothans on eBay for well under list (system pulls) – I bought a 1.6 GHz (SL7EG) for $110, installed it in the Asus laptop and it ran stable at 2.13 GHz.

I was curious about Intel’s reaction to Pentium M motherboards – it turns out that Intel’s Asia/Pacific group developed a small desktop PC as a concept: 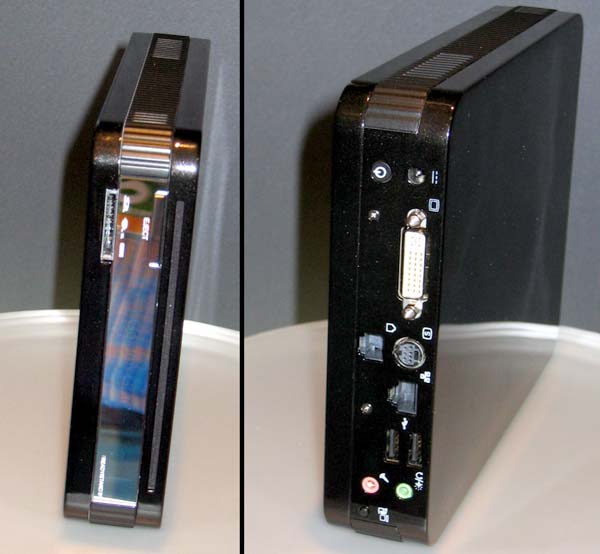 This little box is Dothan based and was tucked away in the back of their exhibit at Computex; I was assured that Intel does not mind if Pentium M motherboards are developed.

Pentium M Dothan CPUs may offer users the ability to overclock without gobs of power and heat to dissipate. How far these CPUs can be pushed remains an open question – an easy TEC overclock?

The Intel Pentium M processor features Enhanced Intel SpeedStep ® technology. Unlike previous
implementations of Intel SpeedStep technology, this technology enables the processor to switch
between multiple frequency and voltage points instead of two. This will enable superior
performance with optimal power savings. Switching between states is software controlled unlike
previous implementations where the GHI# pin is used to toggle between two states. (source: Intel)

In a few months, I’ll have to get somebody a notebook for someone. Indeed, I feel a bit of desire to get one myself sooner than that. So I started looking, but before I did, I set some criteria for

Quiet Your Computer… With Carpet

Recycle a CDROM and quiet your hard drive – Tord Solheim