Today, Gigabyte announced the release of the AORUS XTREME Gen4 AIC SSD with up to 32TB of storage and speeds of up to 28GB/s. This dual-slot PCIe 4.0 x16 drive features a massive heatsink with twin fans and looks more like a graphics card than a solid-state drive. The high capacity is possible due to eight 4TB NVMe drives coupled with Phison’s PS5018-E18 controller. Pricing and availability have not been released at this time. Here is the press release from Gigabyte. 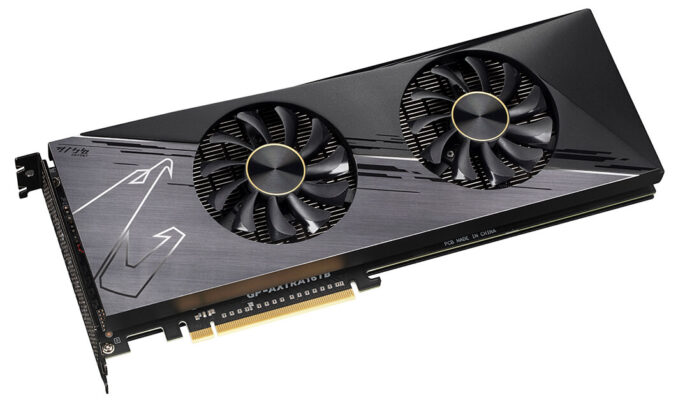 “With advancements in both hardware and flash memory, the SSD performance jump up to a new level, however there is still a gap from the uppermost 32 GB/s transmission bandwidth of PCIe® 4.0 x16…” said Jackson Hsu, Director of the GIGABYTE Channel Solutions Product Development Division. “GIGABYTE has played a leading role in the development and production of PCIe® 4.0 SSDs. After the recent launch of AORUS Gen4 7000s Prem. SSD, GIGABYTE has further released AORUS XTREME Gen4 AIC SSD to approach the maximum PCIe® 4.0 bandwidth with 28 GB/s transfer speed. The dual fan thermal design enables optimized performance under low temperature, while the large capacity of 32 TB allows users to store more data and reduce the risk of insufficient storage space. ” 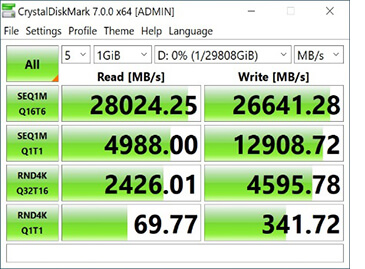 AORUS XTREME Gen4 AIC SSD features high-quality, hairline brushed baseplate with a curved edge design of the outlook, and Integrates 8 sets of 4TB AORUS Gen4 7000s level SSDs with PHISON PS5018-E18 controllers. By the RAID configuration, it not only provides a large capacity of up to 32 TB, but also increases the sequential read speed to 28 GB/s, which surpass the AORUS Gen4 7000s SSD up to 4 times speed and become the highest performance storage device among all consumer SSDs in the market.

In order to avoid the throttling by overheating under high-speed operation and even data damage or loss, AORUS XTREME Gen4 AIC SSD is designed with large aluminum finned heatsink, M.2 baseplate, and giant thermal back plate to effectively dissipate the heat generated by the SSD in high-speed operation. Meanwhile the system air flow, the large air volume of the dual fans, and the thermal vent on the baffle plate create active heat dissipation to promise high performance of the SSD under ultra-high speed operation without throttling.

It seems like all of our favorite manufacturers are expanding into new markets, and well, produce just about everything these days. GIGABYTE is following this trend, launching their first AORUS DDR4 3200 MHz 16 GB (2 x 8 GB) RGB memory kit.

The X58A-UD3R is Gigabyte’s entry X58 motherboard, and has been around for quite some time. It’s been tested by a hundred review sites, and used by overclockers all over the world. How many reviews of this board have you seen with something like an i7 920, some 1600MHz memory, and high-end graphics card, showing you what the weekend overclocker or casual user might expect from this board? We all know this is a proven product, and probably the best value (performance + reliability / $) you can get for an X58-based computer. Let’s see how this entry-level board performs under some real pressure.

Of course this was just released today...

I printed my mount for their previous offering last night

Proving yet again that once I buy/procure/install something it is immediately rendered obsolete.

No pricing on it yet but I'll give 'em $10 bucks for one as I don't have any use for it but would like to help them reduce inventory because I'm a nice guy like that.

For some reason I read it as 32 GB and was like this seems really dumb... :facepalm:

I would not cry too much over it. unless you want the extra capacity

i can get around 14-15gb/s (large files), on 4x PCIe Gen 4, first generation as they have "only" managed to get 28Gb/s on 8 of their latest drives, then it is as good for speed as it might sound. but being able to add 4 more disks for capacity would be nice.

This is one of those devices that I have absolutely no business or need of owning, yet really want one.

This is one of those devices that I have absolutely no business or need of owning, yet really want one.

Same lol. 28 GB/s is insane. I wonder how much a fully loaded one of these will cost.

8x drives 2Tb plus the board