I’ve reviewed several motherboards with USB 3.0 support over the past few months (MSI 890GXM-G65 Review and Gigabyte P55A-UD6 Review And Testing) but haven’t had a chance to do any USB 3.0 testing.  Kingwin has been kind enough to send me their new Dock Master USB 3.0 Hard Drive Docking Station for testing.  USB 2.0 has been the standard in external storage for quite some time, and I’m surprised a dramatic improvement didn’t come out sooner.  With the introduction of motherboards featuring USB 3.0 support, Kingwin didn’t waste any time getting the Dock Master on the market. 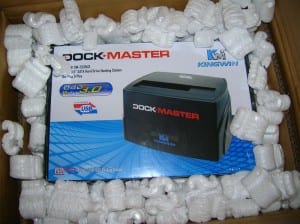 The Dock Master was packed for shipping much better than most of the review samples I receive.  When I open a package from a hardware manufacturer, it’s very common to see little to no padding.  Just a little thing I appreciated, thanks Kingwin. 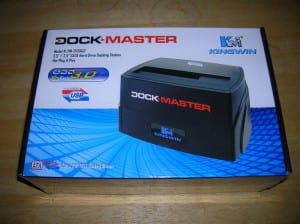 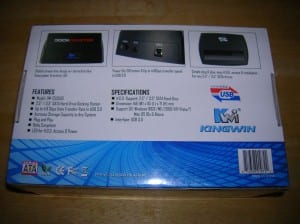 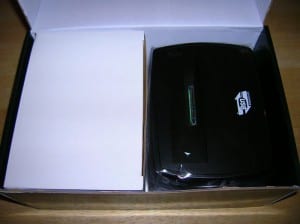 First opening the box, you see the Dock Master on the right, and box of accessories on the left. 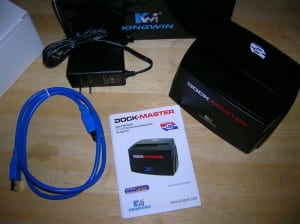 In addition to the unit itself, Kingwin included a USB 3.0 cable, power adapter, and user manual. 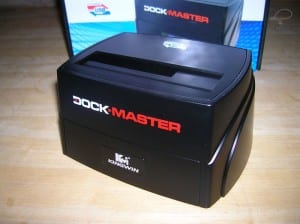 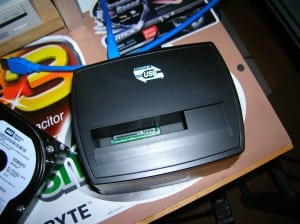 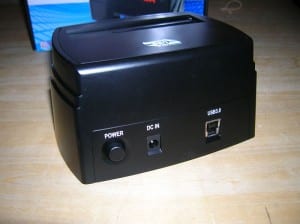 There isn’t a weight specification, but my guess would be about 0.75% of my WD Raptor HDD.  And about 98% of that is in the base of the unit, providing a solid footprint.  This is good because of the chances of knocking over a unit of lesser weight with a 3.5″ hard drive sticking vertically from the top.  Knock this one all you want, it’s not going anywhere. 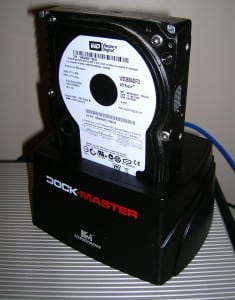 I used a Western Digital Raptor 36gb for Dock Master testing because it’s the fastest hard drive I own.  I did USB 2.0 testing with HD Tach just for a quick comparison.  There was obviously little use in USB 2.0 testing for all of the benchmarks I chose.

The HD Tach testing was done first, to get a general idea of what to expect, as well as compare with USB 2.0.  Since the Kingwin Dock Master is fully backwards compatible, I was able to use it in the USB 2.0 testing.  After USB 2.0 and 3.0 testing with HD Tach, I began wondering how different SSD performance would be.  With no SSD’s on hand, I did even better and took the Dock Master apart to connect and Acard ANS 9010 RAM drive.  Here are the results. 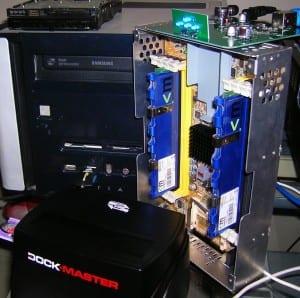 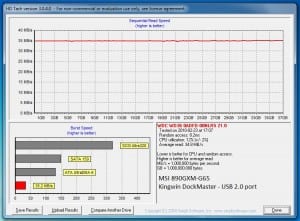 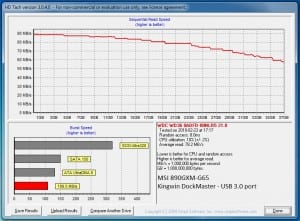 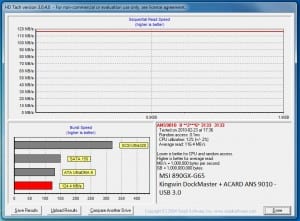 The Raptor evidently isn’t a limiting factor, at least for burst speed. 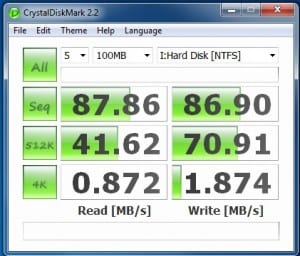 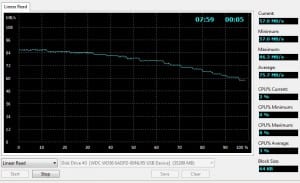 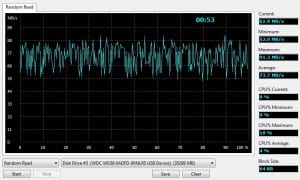 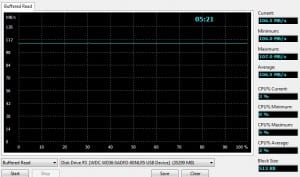 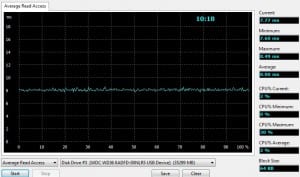 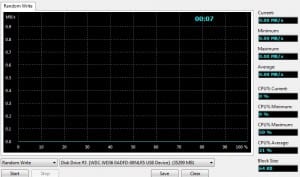 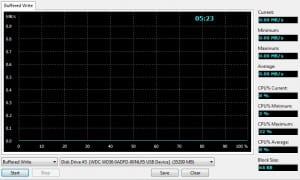 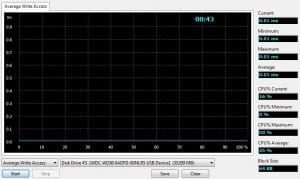 I timed some actual file transfers, from the media partition on my 1TB Samsung to the 36GB Raptor in the Kingwin Dock Master.  A 700mb movie took a mere 12.95 seconds, and 23 of the same size movies (about 15.6gb worth) copied over in 4 minuts 48.5 seconds.  I timed these with my iPhone’s stopwatch.  I started the timer as soon as I clicked ‘paste’ and stopped the timer when the file copy dialog box closed.

An improvement in external media interfacing has been long overdue.  With the increasing use of transportable media today, I feel that USB 3.0 is an absolute essential.  Kingwin’s Dock Master has so many uses I almost don’t know where to start listing them.  With internal SATA drives becoming cheaper every day, this makes not only a handy (and fast) media transportation device, but a killer backup method as well.  This unit is very well-designed, and I have very few negative things to say about it. Actually, there are only two things about the Dock Master that bother me.  First, the drive I used got a bit hot at times.  There is enough empty space inside the enclosure to add a fan configuration of some sort.  Second, I would have liked to see this powered completely from USB, rather than having a separate wall adapter.  That being said, the cord for the power adapter is very thin, and can easily be hidden if it bothers you.

I’d like to thank Kingwin and Overclockers.com for making this review possible.