Today’s review sample, straight from Lexar, is the next in my saga of super fast flash drive reviews. This bad boy, the 64GB P20, runs at USB 3.0 and is touted to be “Among the fastest USB flash drives available…” so you’d better bet I’ll put their claim to the test! Here goes nothing, boys and girls.

There hasn’t been word from Lexar as to what controller and NAND are in use in the P20, but I feel like it is a different controller from the Phison S8 we’ve seen in the last couple of reviews. You’ll see why before long. With a speed rating of 400 MB/s sequential read and 270 MB/s there is no doubt the Lexar P20 is going to be a blisteringly fast drive. One large advantage over most competitors is the limited lifetime warranty offered by Lexar on this drive, way to stand behind your product!

The specifications and features below come directly from the Lexar website.

Taking a look at the product box for the JumpDrive P20 we can clearly see the product itself displayed. The outer shell is a clear plastic with some white print on it. The inner packaging is a black, molded plastic. On the back side, inside the outer sleeve, is a sheet with features and specifications. There is also a flip-up tab on the rear for hanging on a pegboard in a brick and mortar store.

For the P20, Lexar opted to keep things simple. On the product front there are only two features; the white Lexar logo and the slider to open the flash drive. The whole front is constructed from black, injection molded plastic. Turning to the rear we see a one-piece, aluminum case which the black plastic of the front snaps in to. The JumpDrive P20 is built solid and will last a long time. It has a heavy feel in-hand, most likely due to the thickness of the aluminum casing. Also formed in the aluminum is a lanyard hole, of which one is included as well.

All of the benchmarks seen below are run with the JumpDrive P20 plugged in to the rear USB USB 3.1 port of the motherboard. Before testing the drive was quick formatted to exFAT with the default allocation size to make sure everything was clean and consistent.

CrystalDiskMark (CDM) is run at its standard settings. The beauty of this benchmark is that the data is completely incompressible. This makes these tests more like a real-world situation instead of attempting to maximize throughput for a spec sheet. The JumpDrive P20 performed very well here, nearly reaching sequential specifications for max speed. The 4K read speeds were better than most drives I’ve tested, but the 4K writes were definitely lackluster.

AS SSD is next up on the list and shows a very similar story to the CDM results above. Sequential speeds were solid, with the write speed merely single digits from eclipsing the max. Again 4K read performance is solid here, but the write for 4K and access time were… bad.

Third up in our test suite is HD Tune Pro. Here we test with the Random data pattern, this shows more real-world information than a steady stream of the same compressible data. The sequential performance here was outstanding, with the write speed passing the max! On the 4K performance; read IOPS were incredible, but the write IOPS were lacking.

ATTO Disk Benchmark is typically used by manufacturers to showcase their drive specs as it uses compressible data in a sequential test much like AS SSD does. That being said, the JumpDrive P20 came in lower on read speeds than I expected here, but writes were better than expected.

As a “baseline” to compare the P20 with I pulled out my trusty 16GB SanDisk Extreme USB 3.0 Flash Drive. This is a flash drive that I’ve used since August of 2013.

For the second comparison data, I used the results from the previously reviewed 256GB Patriot Magnum 2 USB 3.1 Flash Drive.

For the third comparison data, I used the results from the recently reviewed 256GB Mushkin IMPACT USB 3.0 Flash Drive.

Results in the graphs are normalized to the Lexar JumpDrive P20 results, so those all show 100%. All results except the Access Time are “higher is better,” those are “lower is better.”

As a second comparison a real world situation was approached. A backup folder from my server was copied to each flash drive and timed, so this result is “lower is better”. By my stopwatch the JumpDrive P20 finished the transfer in 7:02.92 (mm:ss) while the Sandisk finished in 5:42.84 and the Patriot finished in 13:43.58. The folder is 5.50GB and contains 6,670 files in 1,080 folders and results here were surprising, I honestly did not expect the P20 to finish the test in almost half the time of the Patriot. This is proof, in the real world, 4K and sequential numbers aren’t the be-all of performance. I’m also glad to say, this is the first hyper-fast flash drive to come close to my Sandisk Extreme USB 3.0 in real world testing.

In synthetic benchmarks the P20 had a few stumbling blocks in the small-file write performance. I’m glad the stumbling halted in the synthetic benchmarks because I would much rather see real-world performance than synthetic performance. Sure, synthetics look great on paper, but for the vast majority of users what counts is how the drive performs in-use. Built on one of the best, if not the best, cases I have ever felt for a flash drive the JumpDrive P20 rounds out to be an amazing product. This review sample was 64GB, but it is also available in the 32GB and 128GB flavors.

As far as pricing goes, this drive is available direct from Lexar for $54.99, but I also found it at B&H for $37.68. For performance of this level, at under $0.60/GB, the JumpDrive P20 is a hard product to beat. It definitely gets the Overclockers Approved stamp.

The Kingwin EZ-Connect Superspeed USB 3.0 adapter fits in a niche for computer users that want to quickly and easily connect an external hard drive to their computer without having to go through the hassle of a full external drive case. Since this utilizes USB3, instead of USB2, your transfer times should be drastically reduced, making it great for larger drives (i.e. 1 TB and up).

ASUS has released a new motherboard based on the LGA 2011v3 platform as a little brother to the recently reviewed X99 Deluxe II. This newest board is the X99-A II. While the specification and feature lists aren’t as long as the Deluxe II, like its big brother the X99-A II features extensive RGB LED control, a VRM which is more than adequate, and much more. Grab a drink, pull up a seat, and we’ll get going!

We stopped by the Kingston and Hyper X suites later Friday, and on display was some new RGB RAM from the Fury line (Beast and Renegade) that reaches speeds up to DDR5-7200 (mentioned that they overclock to DDR5-8000). They also mentioned another new RAM series, named “Impact”, which we’ll see shortly. A first for Kingston is IronKey Vault Privacy 50C USB Type-C hardware encrypted USB drives

Thanks for including the Sandisk Extreme in the comparison. I bought the 64GB version several years ago and it seems like it remains a strong contender.

One thing I will add is that I have done some comparisons amongst USB drives and microSD cards in the range of 64GB and smaller for the purpose of choosing storage for a Raspberry Pi and have found that some drives exhibit a marked drop in speed between the 6$GB and smaller models. I wonder if the Sandisk Extreme is like that. If so, the 64GB Sandisk extreme might compare even better.

The read speeds are the same across all models of the Extreme, but the write speed goes up as capacity does.

It is definitely a solid drive, but a different type of fast from what I've been receiving for review. This Lexar is the closest thing I've seen to the Extreme, all the others looked a lot better on paper than they were in realistic usage.

I'm not sure why your ATTO results are so low. I had no issues with that when I was reviewing P20 about a year ago: 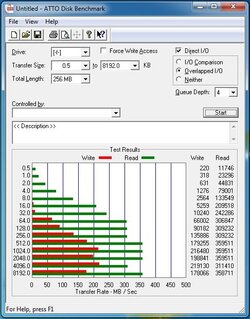 That was on ASRock Z97 OCF.

Since I'm using Jumpdrive P10 and P20 which look about the same, I will only add that they're really solid. I'm using both almost everyday - P10 for nearly 2 years while P20 for about a year.

Woomack, make sure all your settings match mine. Can you try again and post back? 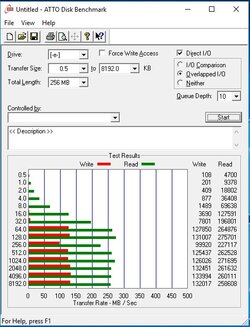 On desktop boards with Z170 chipset should be better results. At least on Z170 OCF I have up to 50MB/s higher max bandwidth on various USB storage devices than on this laptop.

Huh, I'm not sure what the deficit is there, but it's definitely consistent across all testing.
I'm on the USB 3.1 port, as stated in the review, I wonder if the native 3.0 port is faster.

All Intel ports are using the same driver and should perform better than any non-Intel controllers.
I'm not sure why only in ATTO are worse results as in other benchmarks are about as high as it should be.