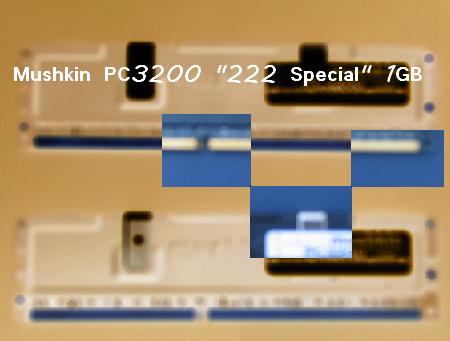 Supplied by the great guys at Mushkin

There are many memory brands for the PC enthusiast to choose from when building a system or upgrading. Corsair XMS, Kingston HyperX, and OCZ Enhanced Latency all come to mind when one selects memory to run in their high-performance system.

However, none of the above brands guarantee what kind of chips the end-user will get with their RAM modules, whereas Mushkin states clearly that their “222 Special” series memory runs with hand-picked Winbond BH-6 chips. Mushkin also guarantees its 222 Special will run at timings of CAS 2-2-2 at a speed of 400 MHz. 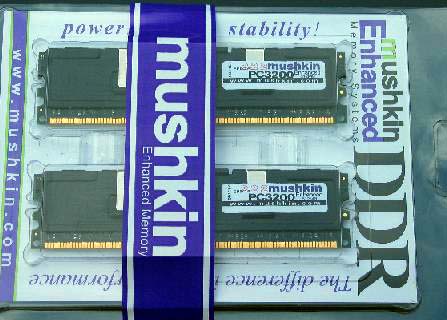 Mushkin’s simple, attractive packaging is made of hard plastic and protects the memory sticks from external shock. All that is included in the package is what is shown in the picture above: 2 x 512 MB sticks of unbuffered 184-pin PC3200 (DDR400) DDR SDRAM (3.2GB/s bandwidth) with a lifetime warranty.

All 222 Special is rated to run at timings of CAS 2, tRCD 2, and RAS Precharge 2 from 2.6V to 2.8V. The sample units we received have awesome black heatspreaders, but I’ve seen Mushkin RAM that has purple and orange heatspreaders as well.
{mospagebreak} 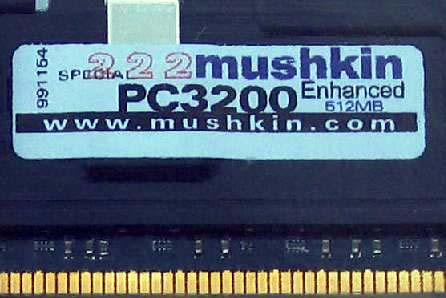 All benchmarks were run at 2.8V. Initially, the memory was given 2.6V and 2.7V for testing, but both voltages caused crashes in Windows and errors in certain applications. Also, this memory would not run on anything but a 1:1 ratio on our motherboard. Anything other than 1:1 caused memory failures during the POST.

Testing began at 400 MHz with the two sticks in dual channel and timings of 2-2-2-6 (default on our motherboard). 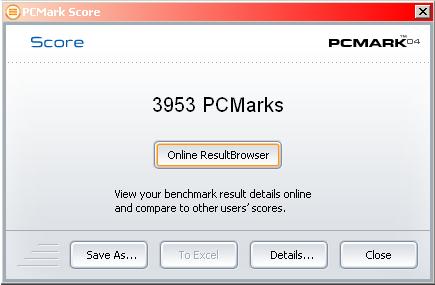 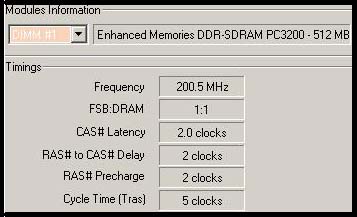 One of the most remarkable abilities of this memory is that it can run with timings of 2-2-2-5 stable at DDR400. Surprisingly, however, bandwidth drops slightly from what it was with 2-2-2-6. 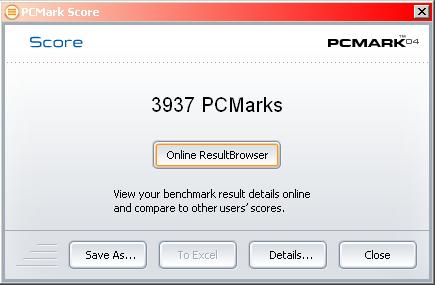 Memory used with the nForce 2 chipset sometimes benefits from increased bandwidth with the tRAS set to 11. 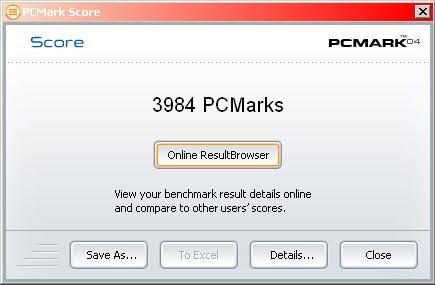 While it may not be capable of high FSB speeds, Mushkin’s 222 Special with BH-6 chips can run 2-2-2-5 timings with ease, making 222 Special an ideal choice for AMD users who want tight timings but can’t run a high FSB. Mushkin has one of the best performing memory products available to the high-end PC user in its “222 Special”. In fact, 222 Special’s only fault may be its price: at $167 a stick (from Mushkin’s website), it isn’t the cheapest memory around.

However, the supply of memory with BH-6 chips is diminishing rapidly, so for anyone looking for memory capable of running tight timings, Mushkin’s “222 Special” PC3200 is an excellent and worthwhile choice.

Bruce at Mushkin for sending us this sample for review
Joe C. at Overclockers.com for hosting this review

Single-sided Hynix MFR ICs have been making the rounds through various manufacturers recently. I didn’t give G.Skill a pass for them when they came through last time. They just don’t have the performance to go with the MHz due to timing compromises to make it to these kinds of frequencies. ADATA is here to give it a try this time. Let’s hope they reverse the performance sacrifices made for the MHz. Hey, if nothing else, MFR kits are always fun to see how far they can be pushed!