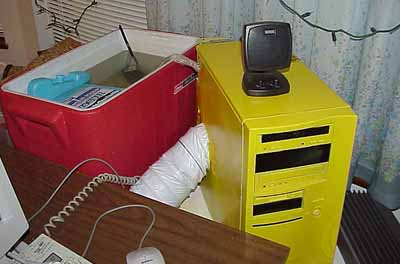 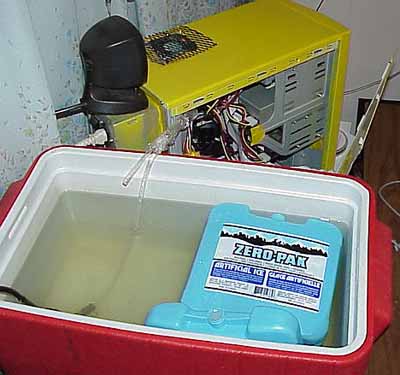 I am using the large water reservior trick where there is just too much water for a tiny little CPU to heat up. I put ICE packs in the water just to make it extra cool. The water is consistently at 6 C. I’m kinda mad because my old 600E Retail that I broke went 900 with air cooling, and now my cheap OEM 650E goes 900 with water cooling. Sigh…so lame. 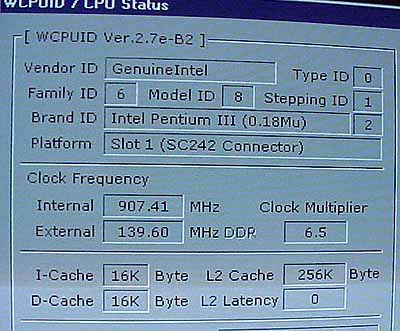 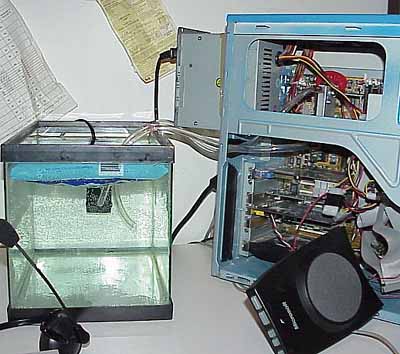 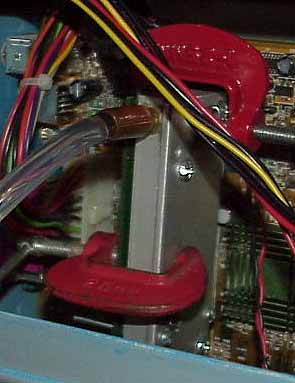 Well, what can I say – it’s a darn Katmai. So stubborn I wanted to break it over my knee when I saw the temps running on it after I put in the waterblock. Why is it so darn hot!?!?! I even sanded 2 copper chips to cool the cache chips so that they would also touch the waterblock. 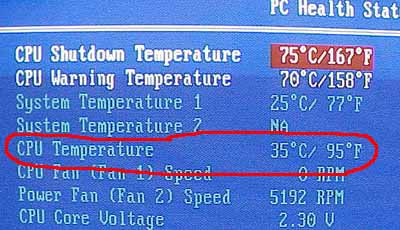 But still, 615 MHz was the best we could do. We could post and load Windows at 625 but it would crash in 3DMark 2000 – grrr!!! Benson was able to go 600 MHz with just the Vantec PD-5030!! Oh well, we’ll take his water cooling equipmnet as a future investment kinda thingy, for when he gets a new chip. Then we’ll be ripping our hair out trying to mount the celeron made waterblock on his next cpu…lol.

Need a Radiator? What About A Car?