The other day I started to cut up a big heatsink to get small heatsinks for the six CPU voltage regulators on my NF7-S (rev 2.0) motherboard. As I was cutting up the heatsink I said to myself, “It must be possible to water cool these instead!” So over the next day or two, while at work, I conjured up a design in my head. And now that design has been built 🙂 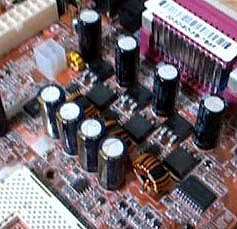 Some pictures at different angles of the block placed on the VRs: 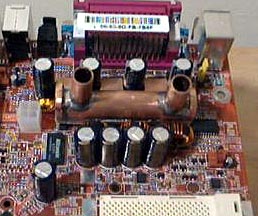 These pictures show the block fully installed in its final working state: 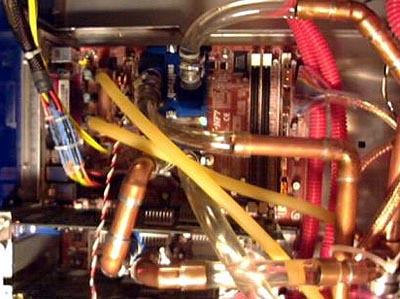 With the Spire Gemini Rev. 2, we get a solid copper base sporting six 6 mm heatpipes. Will this excel in cooling or will it be another middle of the road heatsink?