Today, Biostar announced its RGB Gaming X series DDR4 ram. The new sticks are available as a single 8 Gb module or as a 16 Gb (2×8 Gb) kit with speeds of 3200 MHz or 3600 Mhz. Biostar’s RGB Sync software controls the RGB strips. Pricing has not been announced yet. Below is Biostar’s official press release. 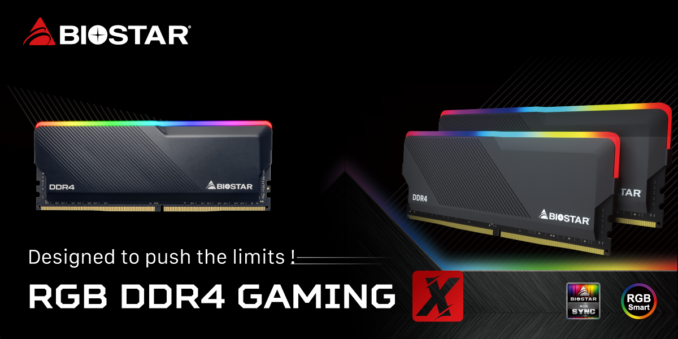 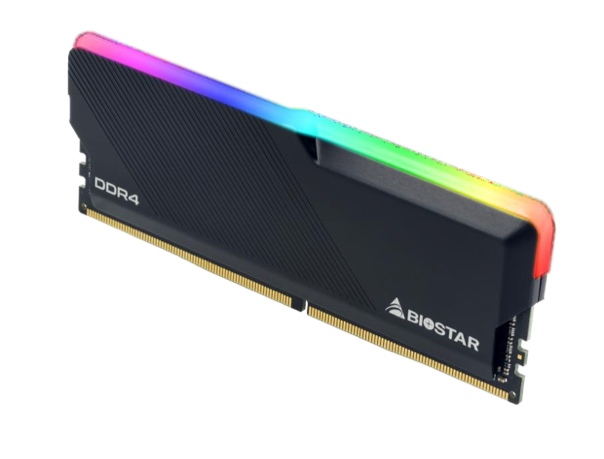 The latest DDR4 RGB Gaming X series RAMs enter the market in single and dual-stick Kits, with a single stick carrying 8Gb of memory capacity. Users can pick up between clock speeds of 3200Mhz and 3600Mhz and can overclock the modules up to 4000Mhz with ease.

Highly customizable, the new rams work well with BIOSTAR’s RGB control software so users can pick between their favorite lighting colors and patterns. 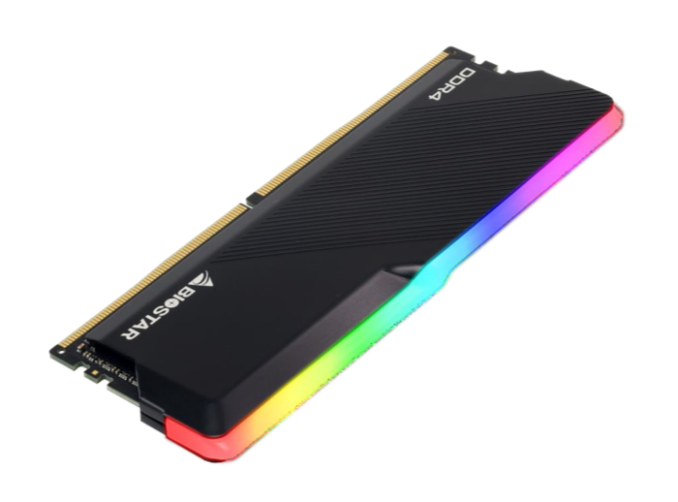 In conclusion, the new DDR4 RGB Gaming X series RAMs are an excellent choice for consumers looking for a great, reliable product for their build. BIOSTAR places great importance on the compatibility of its products. Its DDR4 memory modules are compatible with many motherboards from different manufacturers and work even better with the combination of BIOSTARS’s globally renowned motherboards.

These RAMs are great for either Intel or AMD systems and carry BIOSTAR certified DDR4 OC memory chips that perform faster and more reliably than anything else in the market. 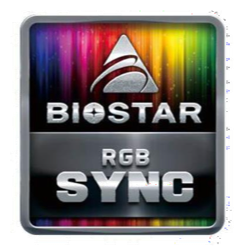 BIOSTAR, is a professional brand dedicated to the production of motherboards, gaming motherboards, SSD, graphics cards, industrial computing systems, IoT, crypto mining equipment, healthcare solutions and motor start battery. Since its establishment in 1986, BIOSTAR has become a major motherboard supplier in the IT industry. In order to pursue the best quality and aesthetic design, BIOSTAR has invested heavily in ID design, equipment, global marketing research as well as R&D. With a constant emphasis on quality, BIOSTAR always seeks to improve beyond better and race to the future.

We have another LGA 1700 motherboard on our test bench, the MSI MPG Z690 EDGE WIFI DDR4. This motherboard also comes in a DDR5 version; the only difference in the packaging is that the DDR4 version includes the memory option in the naming. If one of these boards from MSI may be in your future, make sure it matches your memory choice.

Achieving superior performance from less expensive hardware was the main reason overclocking appealed to me severals years ago. In recent years, Biostar has really stepped up to the plate to fill the performance-on-a-budget roll, and I’ve personally owned several of their boards. The TA890FXE takes the high end AMD 890FX chipset and aims to get it in the hands of more budget conscious buyers. With any luck this motherboard will be able to play with the big boys, for instance the Asus Crosshair Formula IV we reviewed recently.

Today, Biostar announced its RGB Gaming X series DDR4 ram. The new sticks are available as a single 8 Gb module or as a 16 Gb (2x8 Gb) kit with speeds of 3200 MHz or 3600 Mhz. Biostar's RGB Sync software controls the RGB strips. Pricing has not been announced yet. Below is Biostar's official press release.