With CES 2021 starting today and running through the week, we can expect a barrage of newly released and leaked products. The first on that list is a leaked image from Videocardz.com showing MSI’s next flagship motherboard, the MSI MEG Z590 GODLIKE. Just like its Z490 predecessor, the Z590 GODLIKE will be an E-ATX board but will feature only a pair of PCIe slots as opposed to the trio from the previous generation. Slated as a flagship overclocking beast, the Z590 Godlike is reportedly equipped with 20 VRM phases. Also featured in the image are the MAG Z590 Tomahawk WIFI and MPG Z590 Gaming Carbon WIFI.

While the 500-series motherboards are set to launch today, the latest rumors for Intel’s Rocket Lake release will be much later down the road. Details are currently sparse on the new boards though we should see more announcements like this from other board partners as the week goes on. 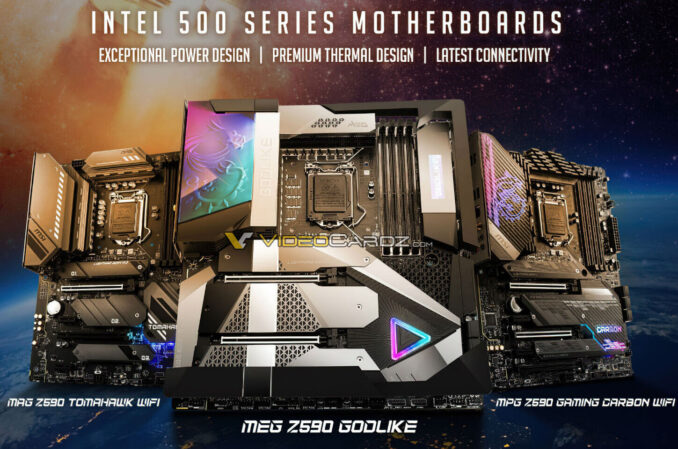 A cheap DDR upgrade, and what it gets you.–John R. Abaray

After all the overclocking triumphs with the Core line of processors, it is hard to believe that the latest Sandy Bridge CPUs from Intel will be more difficult to overclock. Bit-Tech.net is reporting that Intel has “designed the CPUs to deliberately limit overclocking” according to slides prepared by Intel.

This definitely seems worthy of a mention. VR-Zone says they have a credible source telling them Sandy Bridge-E chips will ship without coolers.