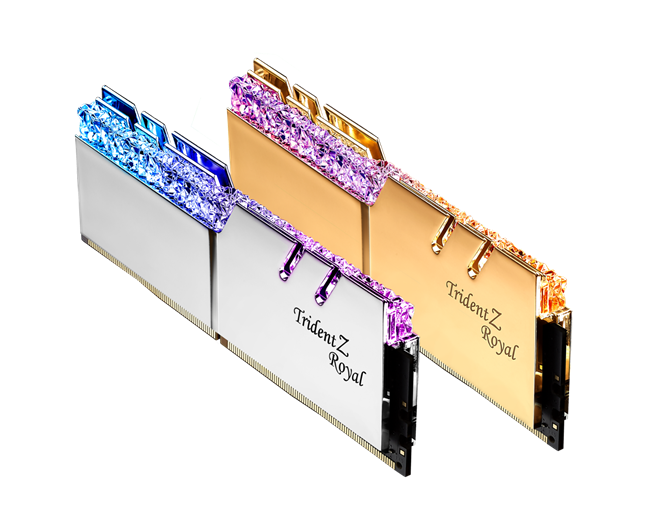 (4 December 2020) – G.SKILL International Enterprise Co., Ltd., the world’s leading manufacturer of extreme performance memory and gaming peripherals, is thrilled to be a part of multiple overclocking records during the launch of the AMD Ryzen 5000 Series processor, also known as Vermeer.

The OC DRAM Choice of Professionals

With the launch of a new CPU architecture generation, comes a time where older records are overtaken by the new. Various extreme overclockers on HWBOT.org used G.SKILL memory kits as their memory of choice when achieving their overclock targets. Across various categories, an astounding 51 records from a total of 55 records were achieved with the use of G.SKILL DDR4 memory.

Established in 1989 by PC hardware enthusiasts, G.SKILL specializes in high performance memory, SSD products, and gaming peripherals designed for PC gamers and enthusiasts around the world. Combining technical innovation and rock solid quality through our in-house testing lab and talented R&D team, G.SKILL continues to create record-breaking memory for each generation of hardware and hold the no. 1 brand title in overclocking memory.

With the official release of the B450 chipset still a couple weeks away, we won’t have any performance numbers for you today but GIGABYTE has sent out information on their B450 motherboard line-up. It looks like we’ll see three ATX and three SFF (small form factor) one of which is mini-ITX.

AMD fans have been eagerly awaiting for the Bulldozer-based CPU(s) to become available. Last week there were some minor changes in their release schedule, although AMD denied it later. Today, however, we have some more juicy details on the series 9 chipset from our friends over at Nordic Hardware and Donanim Haber.

Today, G.Skill proudly announced that a whopping 51 AMD Vermeer overclocking records were accomplished (in part) by its TridentZ and Ripjaws DDR4 memory. A few notable records include Lucky_n00b's 6.123Ghz with a Ryzen 7 5600x, Shar0750's sub-2sec WPrime32 run with a Ryzen 7 5800X, and Splave's 118873 score on Geekbench 3 Multi-core with a Ryzen 9 5950X. Below is the official press release from G.Skill along with all 51 records held at Hwbot.