I had problems with finding a motherboard that would run above 129 MHz; well it has been done =). I also told you of a peltier setup I had in mind and you warned me about the condensation, power usage etc. Again thank you, if it had not been for you my system would probably be an ice cube that couldn’t boot up because of the power problems. Here goes my story.

First let me begin with my little rig =). I have a Coppermine 650E, ASUS P3B-F Mobo, 3D Prophet DDR, Enhanced Memory HSDRAM PC133 128mb, and other little essentials, CD Burner, CD Player etc. But the most important players are the first four. When I first started this project, I had an Athlon, yes a 728 MHz Athlon to be exact. Now I know you’re wondering what the hell is this guy’s problem with a 728 MHz Athlon.

First off, I hate running at 1x AGP because I like playing at high resolutions, especially with my Geforce DDR. Second, do you have any idea how annoying it is to install ALL of the necessary drivers to get an AMD system up and running? Third, for some bizarre reason certain games I had would LOCK up, just LOCK with the Athlon. I personally do not like either AMD or Intel. I like SPEED. Let me finish, SPEED AND STABILITY.

Except for the 3 problems, my Athlon ran fine, I could do ENDLESS loops of 3DMark99 and 2k, Prime95, CPU stability test etc. It was just those certain little annoyances. Sorry I drifted but I wanted to explain to people why I decided to switch back to Intel.

OK, now back to my overclocking journey. I may have had a GREAT chip to begin with I mean with this 650E and my OLD ABIT BX board, I was able to run the chip at an amazing 837 MHz @ 1.7v with the RETAIL HEATSINK / FAN setup. Yes, I know that was mean, but think of it as a trial or “burn in” =). Now that I felt that I had a worthy chip, I went shopping around for a motherboard that could do between a 140-155 MHz FSB because I wanted to enter the 900 MHz-1GHz range, but at same time I wanted a BX-based chipset. I don’t think that RDRAM makes that much of a difference and I think that the i820 chipset is not mature enough yet, but that’s another journey I haven’t taken yet =P.

Now that I already KNEW that my AGP card could do a 100 MHz AGP bus so that wasn’t an issue, (I tested the card @ 1/1 setting). I have a SCSI setup so there won’t be any problems except for the oc’d FSB but that’s not an issue, and lastly I have PC133s that are in THEORY good for 155 MHz FSB but that we’ll find out soon enough. So I decided to write the people at one of my most FAVORITE overclocking sites on which motherboard to get.

Thank you Joe for the advice on the motherboard; Joe pointed out that the ABIT and SOYO were looking like EXCELLENT contenders to hit the 140+FSB mark, he also mentioned that ASUS was VERY reliable. In my mind I was thinking of ABIT, but seeing how my current ABIT could not go over the 129 FSB, I decided to go with another. And the winner is…. ASUS. The ASUS P3B-F to be exact. I’ve found that ASUS makes one of the most STABLE and RELIABLE motherboards to date. You cant deny ASUS that, they make some GREAT mobos, those mofo’s =).

The new cooling setup for my worthy Coppermine and motherboard? I chose a peltier setup of course, Tom Leufken’s Kit to be exact. It’s a GREAT beginners kit, it has everything you need, GREAT insulation, more than enough for the peltier he provides – 52 watt. I’ve had my ALPHA just sitting here literally STARING at my Coppermine, now they would finally be joined as one, with the peltier in between of course.

So I ripped off that puny heatsink/fan combo and proceeded to assemble the peltier/heatsink setup. If people decide to get this kit, which they should because Tom rocks =), they should be sure to follow ALL of the instructions. To be on the safe side I added some extra foam and silicone of my own because I was looking at below freezing temperatures at a stock 650 MHz and a close to freezing at 975 MHz (the max the mobo could do at 150 * 6.5).

The results? Well I was correct about the BELOW freezing temperatures @ the default 650 MHz / 1.65v. Can we say -18C at idle? YES – at idle, no waterfall or anything of the sort just surfing and typing; -18c. And at full load? After 2 hours of Prime95 torture testing, and 2 hours of loops with 3DMark, an amazing -11c! Just for some baseline testing I recorded some temps. Sorry I couldn’t make a chart, I’m just an ignorant quaker =).

Alpha Heatsink/Fan with NO peltier 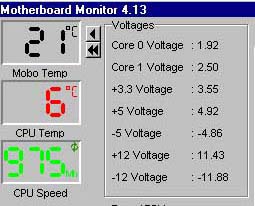 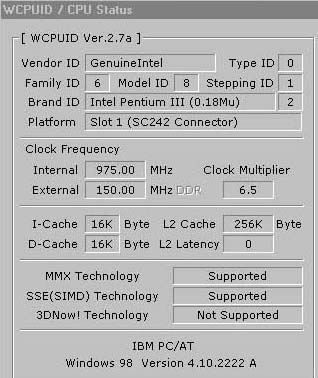 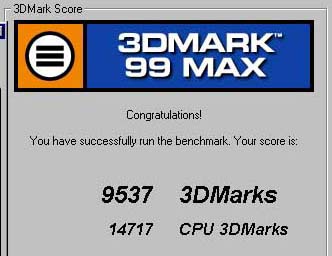 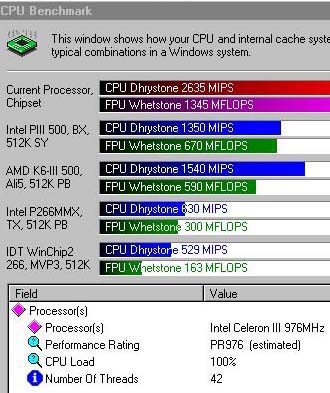 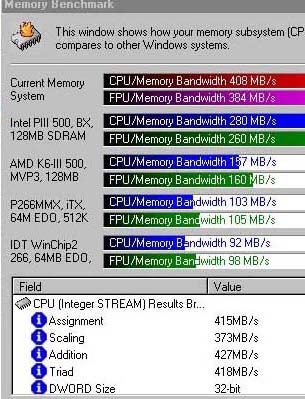 How I Revived an Nforce2 Mobo With a Bad Bios


A Newbie’s Guide to Overclocking Memory